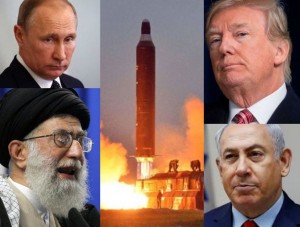 From 1917 to 1935, the Jews actively exterminated the population of Russia in the territory of Khazaria, invented by the Jews. But after the famines of 1931-33, the genocide became known and it became inconvenient to declare Khazaria. Then the Sephardi remembered that Spain was the land of the Sephardic Jews. Jewish fascists went to war in Spain (in Catalonia). The war in Spain (1936-39) ended with the defeat of the Jews and they were beaten and stretched back to the USSR. And there they were already met by Beria at the head of the NKVD (Stalin shot down Ezhov) and the "Spaniards-internationalists" were dragged to the execution as Khazarian Trotskyists ... The boys took revenge for the victims of the famine. The propagandist of the fictional Jewish Khazaria - Lev Gumilyov was also imprisoned.

The Second World War. Germany retreats. The chances to capture  Khazaria and of creation of the Jewish state are melting every day. And then the Jewish leaders decided not to go anywhere, but to arrange Israel directly in Poland, where Germany drove the Jews and where there were many of them before the war. The Volyn Massacre began!

The war in Chechnya and Kiev is a continuation: After the last unsuccessful attempt to seize the Khazaria invented by the Jews with the help of Islamists from Chechnya and Israel, Kiev was captured. The Army of Ukraine were to take Grozny in the fall of 2014 and go to Kazan. But Ukrainian officers sabotaged the war and the war was bogged down near Donetsk. And everyone remembered why the Jews blew up Chernobyl and it became inconvenient to declare the Khazaria. And here the Sephardi remembered that Spain was the land of the Sephardic Jews. In Catalonia, the struggle for independence began. The Jews began to gallop in Barcelona, and Madrid was dragging the troops in advance ... Remembering the old rake, they tried to make a clash between the Poles and the Ukrainians on the topic "Volyn Massacre."

2018.  All fought back and again the gang is fueling a war in Ukraine.

Meanwhile, everything is ready for the self-destruction of Israel by the nuclear charge. 20 tests were conducted by Netanyahu with Lieberman. It is planned to undermine the dirty atomic bomb on the basis of a heavy truck. After the detonation of a nuclear charge in the middle of Israel, Iran will be accused and a nuclear war will begin. Radioactive Jews will be driven to Ukraine and Russia to settle the fictional Khazaria. To protect them, NATO troops will enter and kill the local population - the aborigines of the continent.

So that the landing ships would not pass, Russia blocked the Strait of Kerch with the Crimean Bridge. The demonstration performance with blocking the passage under the bridge was successful. The General Staff of Russia keeps the defense. 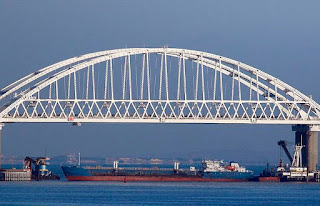 The Rothschilds, with their Netanyahu and Lieberman, must abandon the idea of Israel’s self-destruction by nuclear weapons and the outbreak of the third world nuclear war. Either Israel  remains in Palestine, or all Jews leave for the United States. On our continent for Israel there is no place and there will not be any. The third temple is the Capitol! The Holocaust began in the United States and only continued in Europe. 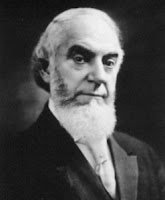 In 1868-70, the leader of the Jehovah's Witnesses sect (banned in Russia), Charles Russell, said that all Jews should leave the United States for Palestine ...

Enough of silence about the history of the Jews! https://pdsnpsr.ru/entries/317
https://russ-history.blogspot.com/2018/02/blog-post.html 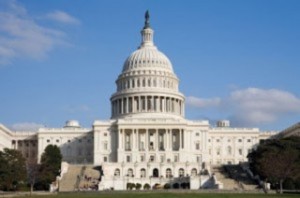 Addition To the Article:

The Battle of Khazaria. The Crimea. The history. The Holodomor deportations. http://russ-history.blogspot.com/2016/05/the-battle-for-khazars-crimea-history.html

The war began 32 years ago with the explosion of the Chernobyl nuclear power plant http://russ-history.blogspot.com/2015/04/the-chernobyl-disaster-was-terrorist.html