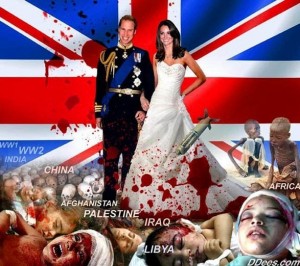 News: Putin met with students of a private school in England! Russian media did not report it http://gordonua.com/news/worldnews/studenty-samoy-znamenitoy-chastnoy-shkoly-anglii-vstretilis-s-putinym-v-kremle-smi-148099.html 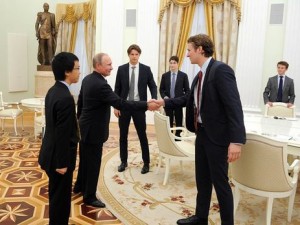 Comment: In England there is a very tough class society. First class  are those who organize all the wars in the world, genocide and terrorism. They lead the Masons-Satanists who are against family values ​​and supervise Zionism. Lord Rothschild is built into English high society and the Jewish supremacists who are inseparable from the British Nazis - they are part of them. English First class wages war against the lower classes in England and the population of the entire planet. Intelligence agency MI5 is their secret service.

That First class of England appointed Trotsky, Lenin, Hitler, Mussolini, Pol Pot etc. This is the nest of Satan on the planet!

Here’s is Trotsky's interview, a US citizen, before leaving the US for Russia: "... the Committee, which took place in Russia of the deposed cabinet, does not represent the interests or goals of the revolutionaries, and thus, in all likelihood, it will last long and will give way to the people who will be more confident to carry out democratization of Russia."[March 16, 1917, The New York Times]. http://www.cneat.ru/lenin.html

The generalized structure of the historical picture is as follows: First class - British royal family supervise Zionism. Jewish criminal organized groups are allowed to rob all countries and peoples. At the end of stripping nations, MI5 strips fattened Jews  - to the delight of the public. It was MI5 officers who trained the backbone of the German SS, who then with George Soros and his Dad robbed the Jews of Europe in the Holocaust. It was MI5 who killed Hess in Spandau prison, so that he could not say anything to reporters. It was the MI5 who stripped Jewish oligarchs in Russia and killed Russian Jewish oligarch Berezovsky. It was MI5 who now stripped Yanukovich and his children and are now continuing to plunder the Jews fattened in Ukraine.

It is MI5 who is behind the organized famines and collecting gold from the Russian population. It was Churchill who picked and appointed Peters &Co to lead the Cheka –Extraordinary Committee, and it was also him who implanted Andropov and Ustinov, and it is obvious that the current head of the FSB Bortnikov was appointed by MI5 - his loyalty to Russia and the Russians has not been confirmed - Kvachkov is in prison, and Chubais is at large.

Fursov has been actively working and perhaps continues to work for this gang. Here’s his tale of First class England. Watch carefully (Russian subtitles switch to English)

Among the most prominent leaders of the gang are known Churchill, and Prince of Kent today reported publicly that he supervises the Masons. From the combination of information today, Prince of Kent is the main terrorist in the world. 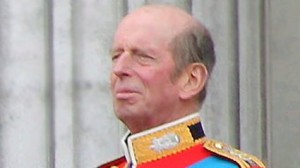 Why is this band to this day has not been destroyed and why is it successful? Firstly, because they are covered by all of the Jewish people, the Zionists – who act covertly. Secondly, because the meanss and techniques that they use are outside the norms of ethics and morality of all mankind. They commit such atrocities, which can not be even imagined by a normal person, and by ordinary criminals. How can decent gentlemen conduct atrocities? It is Satan in the flesh!

To commit monstrous acts of terrorism and mass murder bandits are prepared in a special way. Totalitarian sects use drugs in their technologies. A man is forced to dig up a corpse in the cemetery, to kill a child, etc. This theology of dehumanization that the gang of London today shows us in Ukraine - shelling homes from canons and in the Middle East - children killing prisoners (ISIS, ISIL). Even a demonstration of this on TV, it is also an attack against the population of the world. 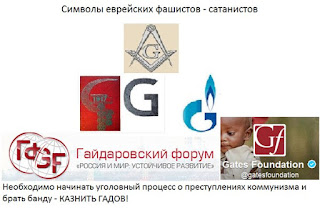 The Chernobyl disaster was a terrorist attack. Article for special services http://www.cneat.ru/chernobyl-en.html

Why London Blew Up Palmyra and Cut Off the Scientist's Head http://russ-history.blogspot.ru/2016/03/why-london-blew-up-palmyra-and-cut-off.html